Shanghai is the largest city by population in China, with a total population of over 23 million as of 2010. As a cosmopolitan metropolis, Shanghai offers visitors a chance to experience the past, present, and future all at once. The Huangpu River splits Shanghai into two districts: Pudong and Puxi. The Pudong skyline looks like it was ripped from the Jetsons, with the bulbous Oriental Pearl TV and Radio Tower looking a bit like a two headed lollipop. On the Puxi side, you can walk the Bund riverside district to get a taste of old Shanghai.

Renminbi (CNY or RMB) is the official currency in Shanghai, can be obtained from an ATM or an exchange agency. Most hotels and restaurants accept VISA and MasterCard.

Electricity is supplied at 220 volts, 50 cycles.

Shanghai has an extensive public transport system, largely based on metros, buses and taxis. All public transport can be paid for using the contactless Shanghai Public Transportation Card. Both Fudan University and Crowne Plaza Fudan Shanghai are near the Wujiaochang stop of Metro Line 10.

The Shanghai Metro rapid-transit system and elevated light metro has twelve lines (numbers 1, 2, 3, 4, 5, 6, 7, 8, 9,10, 11 and 13) and extends to every core urban district as well as neighboring suburban districts such as Songjiang and Minhang. 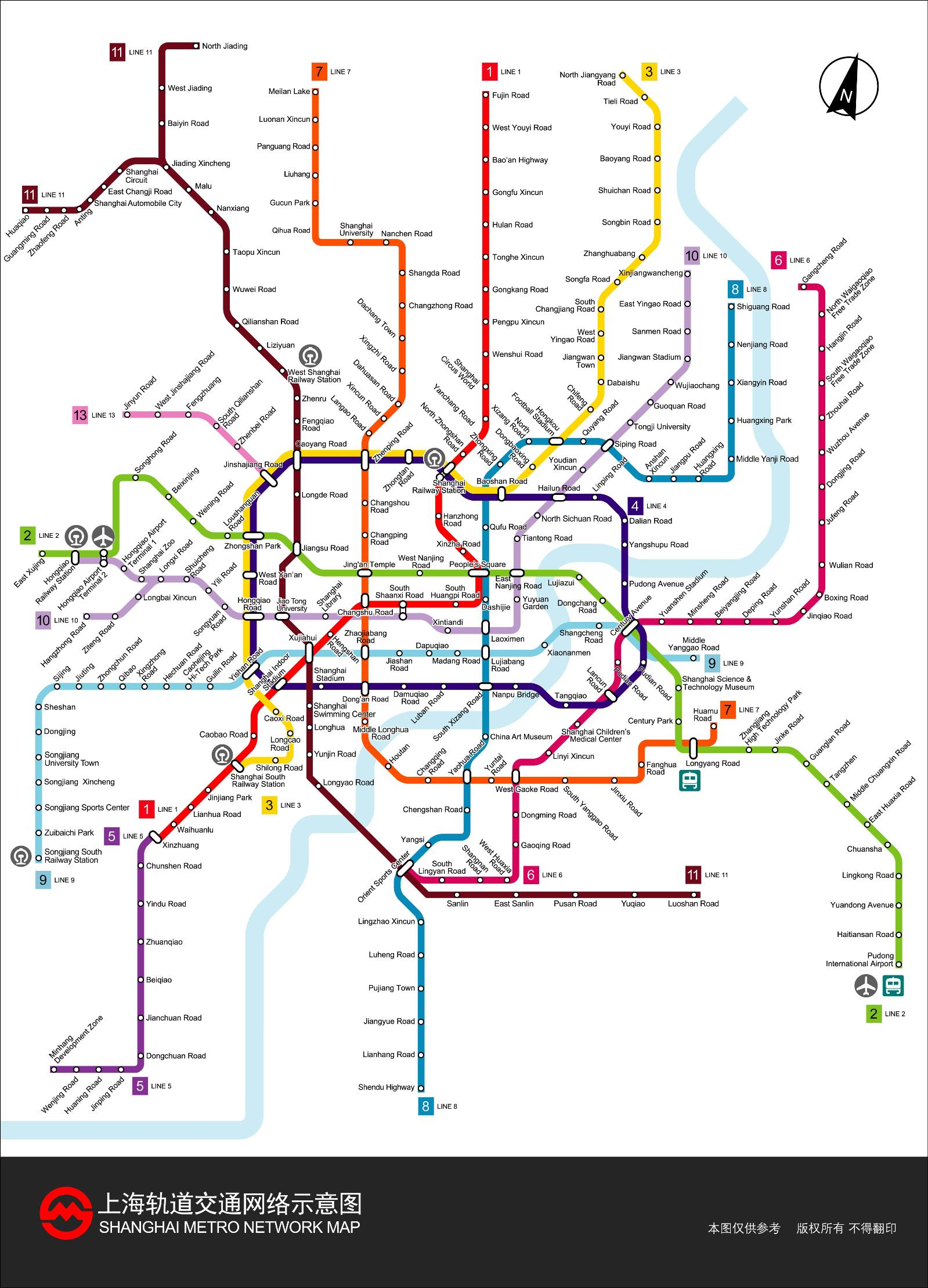 The Shanghai Museum of art and history has one of the best collections of Chinese historical artifacts in the world, including important archaeological finds since 1949. The Shanghai Art Museum, located in the former Shanghai Race Club building in the People’s Square, is a major art museum holding both permanent and temporary exhibitions. The Shanghai Natural History Museum is a large scale natural history museum. Anyone who visited Shanghai between May and October 2010 would have encountered a sea of human traffic surging along the Huangpu River. Drawing a record-breaking 73 million visitors, the World Expo 2010 left an indelible mark on the city, which can still be seen today.

We list below popular restaurants recommended by a local review website Dianping. Please notice that some restaurants are far from the hotel and might require a reservation in advance.

Yu Yuan Gardens & Bazaar: With their shaded alcoves, glittering pools churning with carp, pavilions, pines sprouting wistfully from rockeries, and roving packs of tourists, these gardens (Yu Yuan)are one of Shanghai’s premier sights – but are overpoweringly crowded at weekends. The adjacent bazaar may be tacky, but it’s good for a browse if you can handle the push and pull of the crowds and vendors. The nearby Taoist Temple of the Town God is also worth visiting. Just outside the bazaar is Old Street, known more prosaically as Middle Fangbang Rd, a busy street lined with curio shops and teahouses.

Shanghai Huangpu River Night Cruise: The Huangpu River is the mother river of Shanghai. Nanpu Bridge, Yangpu Bridge and Oriental Pearl TV Tower compose of a huge picture scroll. The Bund is the cultural section of Shanghai that best represents the blending of ancient and modern influences. This renowned waterfront district is the city’s most famous landmark. Local people honor the Huangpu River as Mother River, and as you view the lights and spectacle from the deck of your evening cruise, you will understand why. 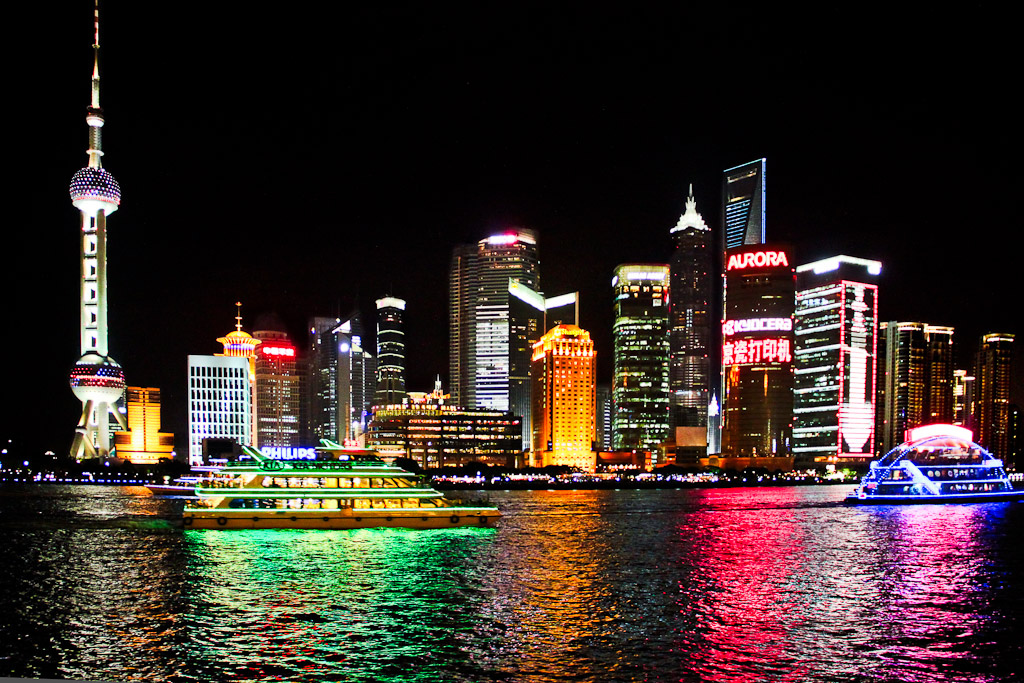 Oriental Pearl TV Tower with a height of 468 meters high is the 4th highest in Asia and the 6th highest tower in the world. Construction commenced on July 30th, 1991 and was completed on October 1st, 1994. It faces the Bund across the Huangpu River. Built with eleven steel spheres in various sizes hanging from the blue sky to the green grassland, the body of the tower creates an admirable image, which is described in an ancient Chinese verse as: large and small pearls dropping on a plate of jade. 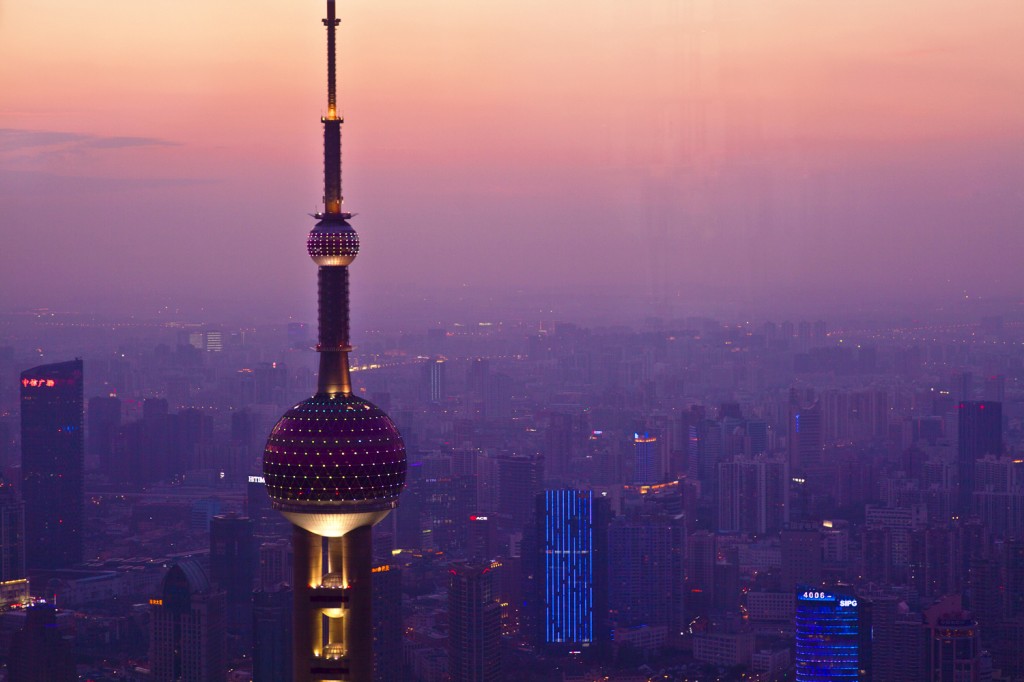 Jinmao Tower stands beside the shimmering Shanghai World Financial Center like an art-deco pagoda. Shoot to the 88th-floor observation deck to put Shanghai in a splendid nutshell. Time your visit at dusk for both day and night views. Alternatively, sample the same view through the carbonated fizz of a gin and tonic at Cloud 9. 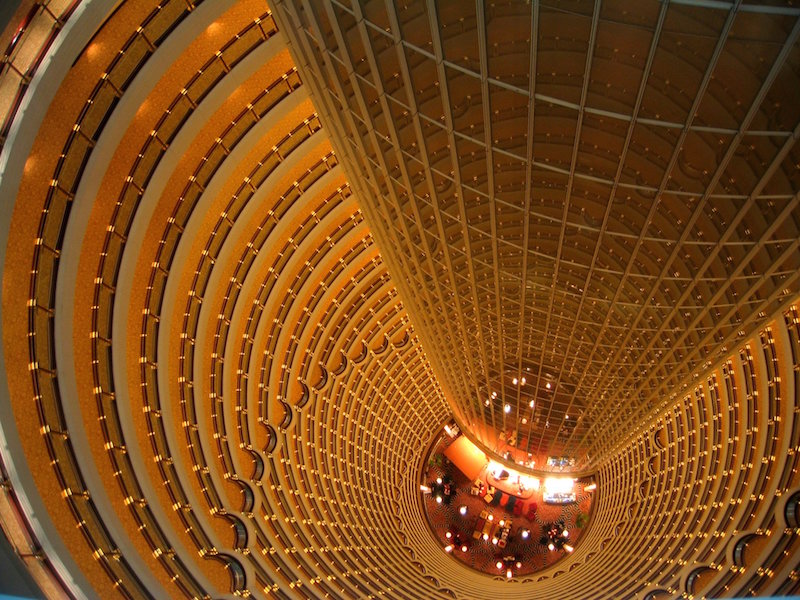 Zhujiajiao Ancient Town is an ancient water town well-known throughout the country, located in a suburb of Shanghai city, with a history of more than 1700 years. Covering an area of 47 square kilometers, the little fan-shaped town glimmers like a bright pearl in the landscape of lakes and mountains.
Endowed with another elegant name – ‘Pearl Stream’ – the little town is the best-preserved among the four ancient towns in Shanghai. Unique old bridges across bubbling streams, small rivers shaded by willow trees, and houses with courtyards attached all transport people who have been living amidst the bustle and hustle of the modern big city to a brand-new world full of antiquity, leisure and tranquillity. 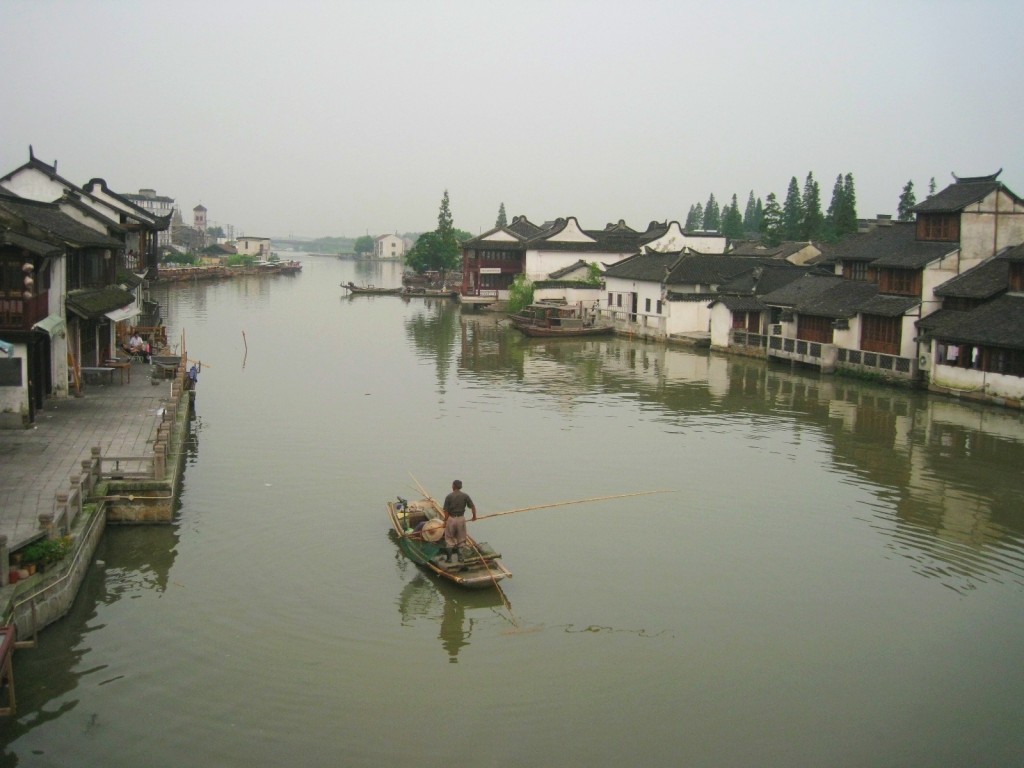 Zhouzhuang Water Town lies at the middle between Shanghai and Suzhou, is an ancient town of Kunshan City, Jiangsu Province, where abounds with rivers and lakes. So it is thought by many to be the best waterside town in China. This ancient town has a history of more than 900 years old with many houses built in the Ming and Qing Dynasties. There are about 100 houses with courtyards, and 60 of them have arch gateways made by carved bricks. With lakes on four sides, the beauty of Zhouzhuang is specially to be found along the waterside lanes and around a number of the stone bridges. A different vista at every turn can be found here. All those make a visit most enjoyable. Also, one can enjoy the fairyland atmosphere of the evenings here when the myriad stars twinkle as though in communication with the glittering lights. 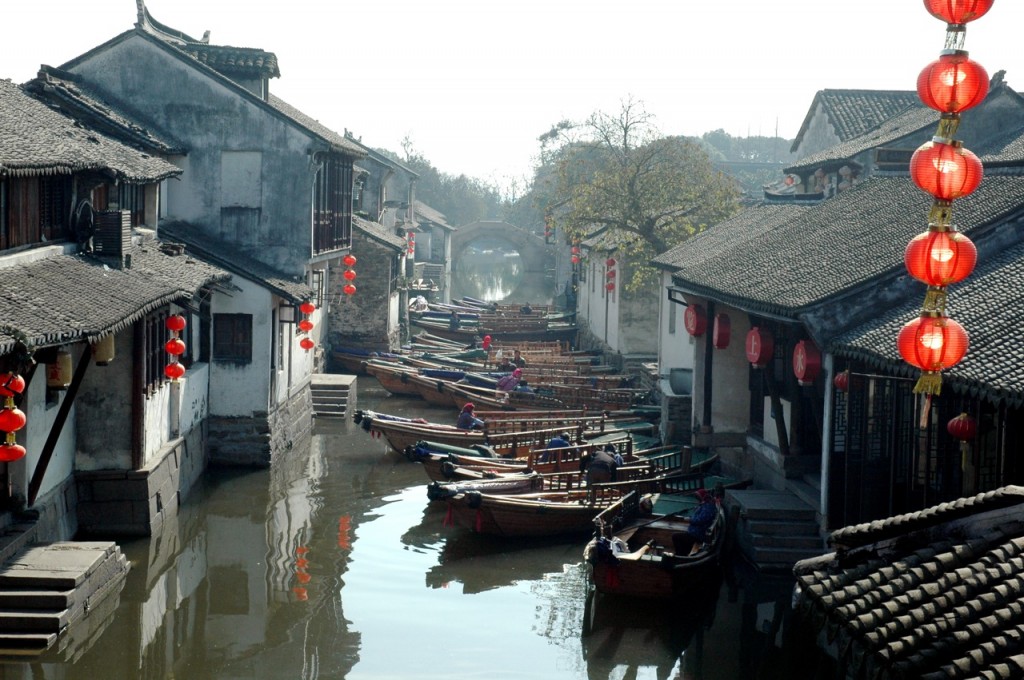 Suzhou is located in the center of the Yangtze Delta, in the south of Jiangsu Province, with Shanghai to the east, Zhejiang Province to the south, Wuxi City to the west and the Yangtze River to the north. Since 42% area of the city is covered by water, including a vast number of ponds and streams, it is praised as the ‘Oriental Venice’. Taihu Lake, four fifths of which is in the territory of Suzhou, is one of the four largest fresh lakes in China, with East Hill, West Hill and other scenic spots in its vicinity. The city is cut by the Beijing-Hangzhou Grand Canal from north to south. Together with its mild climate, making it an available destination all year round, fertile landscape and abundance of produce, it is no wonder that Suzhou is called ‘paradise on earth’. 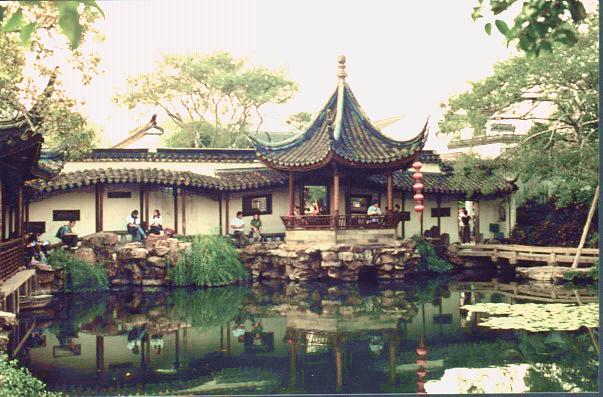 Hangzhou, the southern terminus of the Grand Canal, is located on the lower reaches of the Qiantang River in southeast China, a superior position in the Yangtze Delta and only 180 kilometers from Shanghai. It has a subtropical monsoon type climate with four quite distinct seasons. However, it is neither too hot in summer nor too cold in winter making it a year round destination.
The West Lake is undoubtedly the most renowned feature of the city, noted for the scenic beauty that blends naturally with many famous historical and cultural sites. In this scenic area, Solitary Hill, the Tomb of General Yue Fei, the Six Harmonies Pagoda and the Ling Yin Temple are probably the most frequently visited attractions. The “Ten West Lake Prospects” have been specially selected to give the visitor outstanding views of the lake, mountains and monuments. 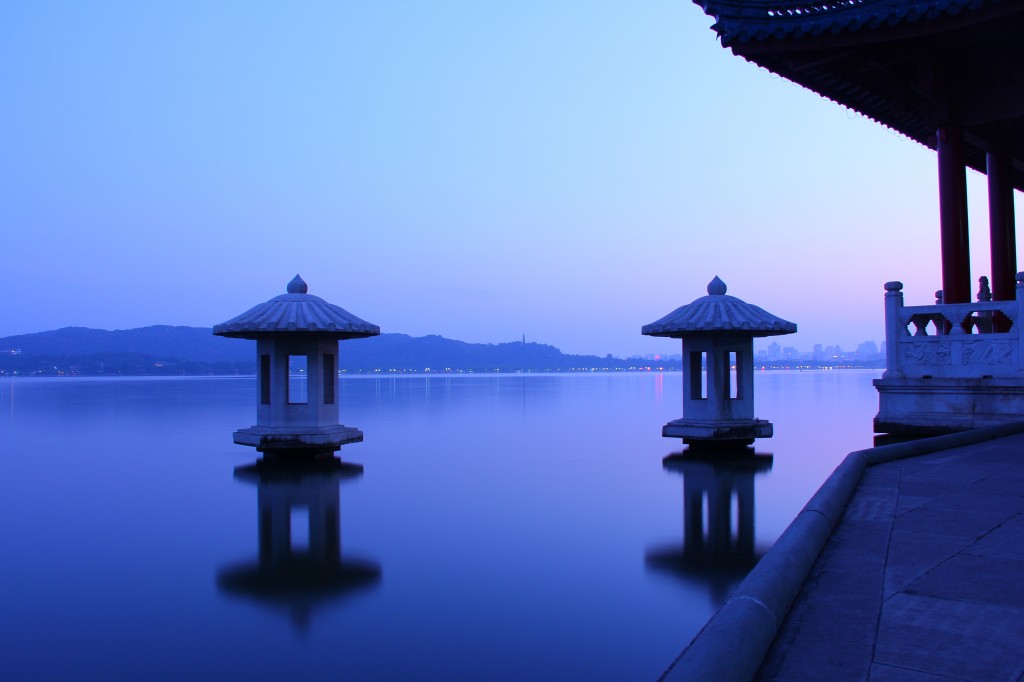